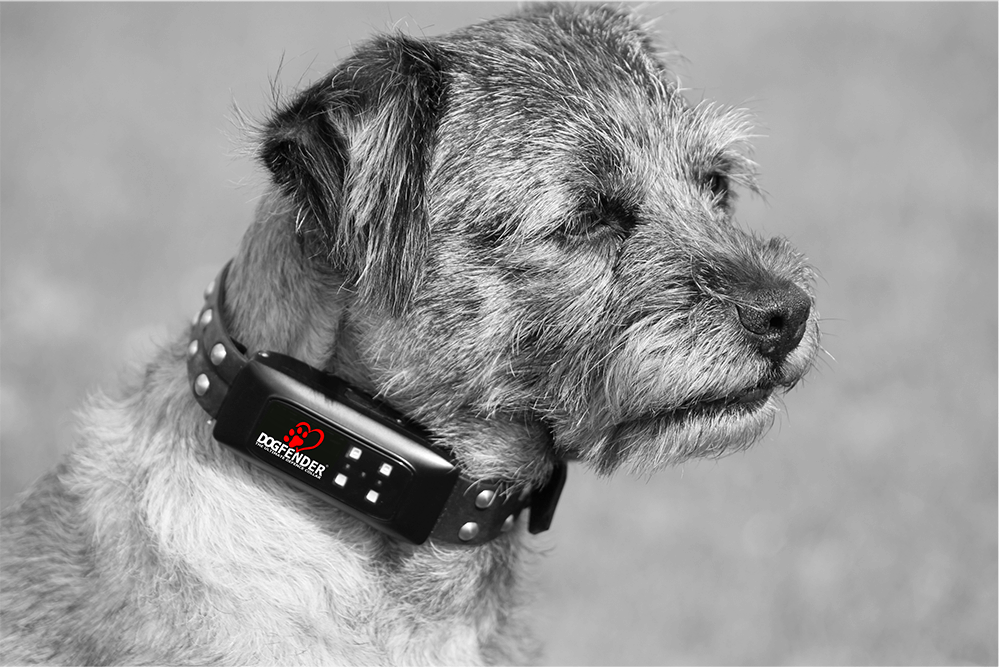 The ultimate pet defence system
DogFender is a world first essential defence system that can be incorporated into dog collars, harnesses, jackets and clothing.
Our first product will be launched in April 2022 in the form of an everyday practical dog collar.

Feedback
We have received positive interest from Government and Pet Care organisations such as:-

Police, Army, Veterinary practices, Pet insurance, K9 security with a wide range of followers from Pet organizations such as, Four Paws, Battersea Dogs Home, RSPCA, Petco, Dogs Trust, to name a few, including some of the largest pet distributors and retailers around the world.

Due to the high interest, we are now considering to implement the DogFender defence system into K9 jackets for commercial use and into full and half body harnesses as an option to our collars for domestic use.

The DogFender collar will defend the pets most vulnerable areas such as the throat, head and shoulders, these are the quick kill points and the instinctive attacking arears of any dog-on-dog or wild animal attack.

So how does the DogFender collar work?
If you feel your dog maybe in danger, or if you’re uncomfortable with your pet’s surroundings

ie an approaching dog or animal, the owner or walker would simply press the defence button located on the remote-control unit.

The DogFender collar will instantly release a controlled static pulse stimulant through two or more or the defence contacts, directly into the aggressor’s mouth, to be swiftly and safely repelled. No long-term ill effects will be given, apart from the aggressor’s ego deflated!

I must stress that only the aggressor will receive a stimulant and not the pet wearing the DogFender collar.

The advantages of using a DogFender defence system

DogFender has clearly shown a positive correction to this problem by giving confidence back to the owner or walker to allow their pet to roam naturally and freely off the lead, helping our pets and owners to enjoy a more natural outside experience, to give total fulfilment.

Enforcement after being found guilty of an offence

Are You FLOREAL? – Step-in Harness by Charlie & Co

Designed with style, ease and comfort at the forefront of our mind, our ‘Are You…